Skip to main content
Mark your calendar for the THC-2022 “Texas and Gulf of Mexico Hurricanes and Major Disasters” Conference which will be held on August 5, 2022.

Hurricanes are the most devastating and damaging natural disasters that impact the United States. The unavoidable seasonality of hurricanes—and the damage they cause—expose coastal metropolitan areas and widespread rural regions to the threat of disaster every year. Hurricanes are not only responsible for countless deaths but also billions of dollars in property damage annually. Industry data shows that 65% of insured losses from natural disasters in the U.S. over the past half century are due to hurricanes.

In recent years, the Gulf Coast region has been tremendously affected by the landfall of these huge storms. In 2005, Hurricanes Katrina and Rita devastated the coastal regions of Louisiana, Mississippi and Texas—New Orleans is still recovering from the aftermath today. Houston—the fourth largest city in the U.S., the Energy Capital of the World, home to the Texas Medical Center (largest in the world), NASA and the Port of Houston—is only 30 miles north of Galveston, which was destroyed by a major hurricane in 1900. Already plagued with large-scale flooding problems, the threat to Houston is unprecedented.

The Texas Hurricane Center for Innovative Technology (THC-IT) was developed in an effort to research ways to prepare for and mitigate disaster caused by hurricanes. It strives to be a world class testing and research facility for developing hurricane protection products and systems, and repair technologies to mitigate the losses, both onshore and offshore. The center will also serve as an educational forum for preparedness, and emergency planning and response, as well as develop innovative approaches for industries, businesses and communities to recover rapidly after a the wake of a disaster. 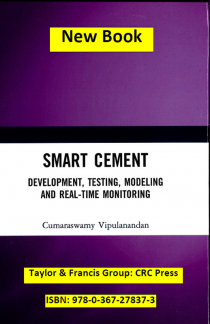